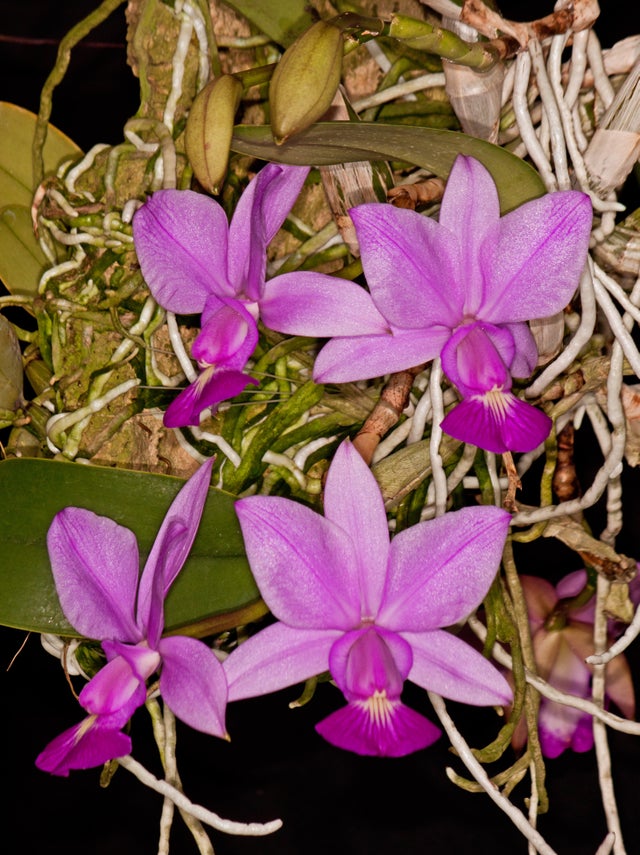 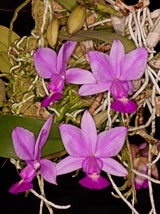 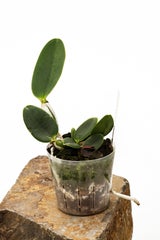 This is a much prized compact species that flowers mostly in the Fall with up to 4"+ flowers that are very wonderfully fragrant. Unlike most other Cattleyas, C. walkeriana blooms directly from the rhizome on a leafless stem of its own that, at the outset, looks rather like a growth that isn't developing well. They most often bear one flower per stem, but up to 3 are possible.

C. walkeriana has been used extensively in hybridizing having been used as a parent over 1000 times since its introduction in 1842.

C. walkeriana is basically an intermediate grower that likes bright light, nights in the 60's and days in the 80's. Water and feed regularly during the growing season, but hold back both a bit during the cooler, darker Winter months. Because of its size and somewhat rambling growth habit, C. walkeriana also makes a good subject for mounting on a suitable piece of bark or wood, but be careful not to use ocean driftwood unless it has been thoroughly leached as sea salts are toxic to orchids. C. walkeriana also seems to do better in coarse, fresh media that allow air circulation around the roots.

VERY LIMITED! NOT FLOWERING SIZE, NOT CURRENTLY IN BUD!

NOTE: the picture to the right is representative of the species only - it shows neither of the parents which are more select